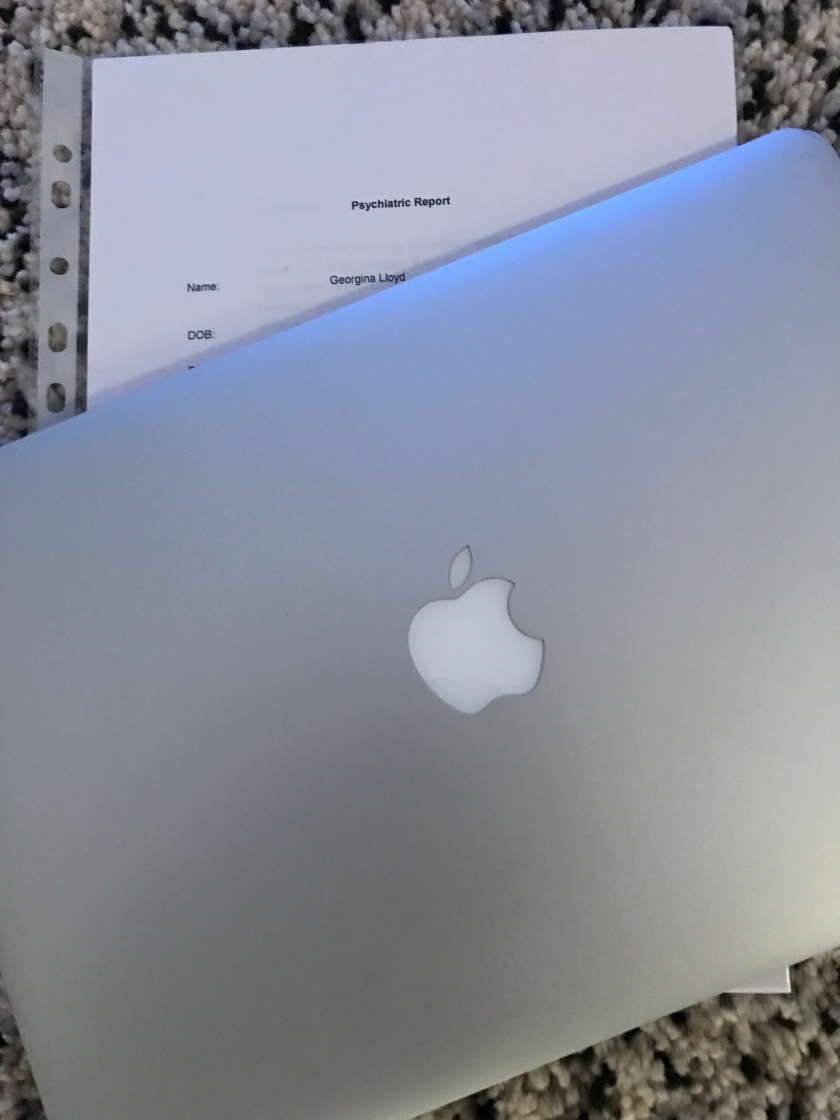 At 4pm on Monday 22nd January 2018 I saw Psychiatrist number 3. This was arranged through my employers who wanted an opinion / diagnosis / prognosis. The appointment lasted 1hour 30 mins. The Psychiatrist was in receipt of my medical records and FMA reports.

I still have no idea:

I scored items at a severe level on the PHQ-9 scale rating. However, my mental state examination was not suggestive of severe or moderate depression, though could be consistent with a disorder at a lesser level of severity at this time (Mixed Anxiety and Depressive Disorder, Adjustment Disorder, or burn out). My level of physical activity is not typical of people with Major Depression. Mood disorders may fluctuate.

It could not be ruled out that I have experienced Major Depression at some time but my examination was not suggestive of this.

Due to my perfectionist personality traits and impulsivity, further episodes of self harm cannot be ruled out.

On the balance of probability I experienced an Adjustment Disorder in relation to a series of life events around 2016. The main effects of the Adjustment Disorder are now over, but as a result of me not succeeding in my Inspector boards, experiencing two unsuccessful attempts to return to work along with other factors I have developed burn out.

It is the view of the Psychiatrist that I am unable to undertake the ordinary duties of a police officer and it is unlikely that I will be able to make a successful return to the Police Force. Attempts to do so could be expected to lead to deteriorations in my condition and further attempts to self-harm could not be ruled out.

How do I feel?

The answer to this is that I really do not know. The Psychiatrist is right in that any attempts to return would no doubt lead me into further self-harm or in my opinion worse. I agree that I have burnt out from the job and cannot see a way back in. I first walked out almost two years ago. Whilst I thought that I would only be off, at most one week, my condition made no significant improvements and at times got progressively worse.

I Joined the Police Force in 2002 and I thought then that it was a career for life. Fifteen years on, I could be looking to do something else. I still have other process which I have to go through yet, and this diagnosis and opinion is by no means conclusive.

Over the next few months things will become clearer as to what is happening. I guess I am just taking it one day and one appointment at a time. I still think that all of this is not about me or my future. Maybe I have become immune to it all. I do not know. Being a cop has been my whole life and identity for 15 years. As for now, I will continue to do what I am doing as there is nothing more that I can do.

One thought on “Psychiatrist No:3 Report – Key Facts”